NO MASSES this week due to COVID

There will be no Masses at Holy Cross Parish from Tuesday, May 24 through to Friday, May 27 due to a COVID outbreak. Sorry for any inconvenience.

The Seasons of Fr. Michael Hogan 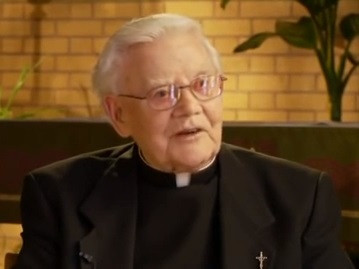 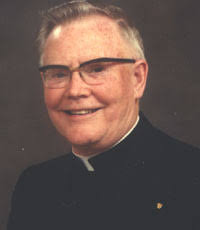 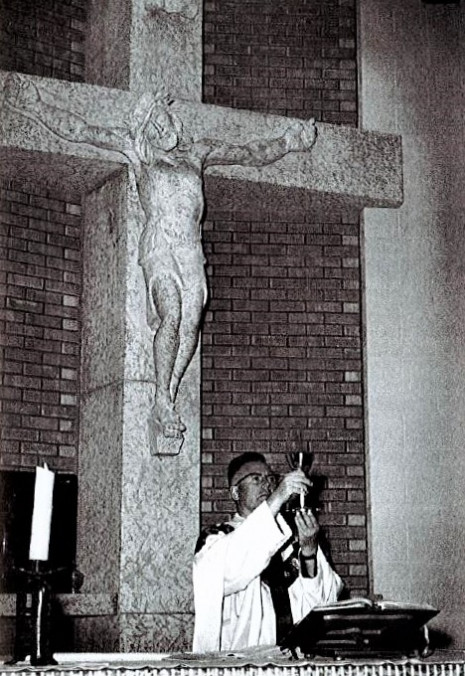 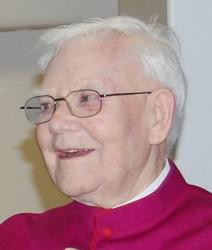 We take a moment to remember the man who built our parish:

“Fr. Hogan recalls that during the final phase of construction of the church, the plastic dome over the altar was cracked when it was originally installed. The supplier and the installer blamed each other. A new dome was ordered which did not arrive in time to be installed prior to the blessing of the Church. The opening was covered with only a sheet of plastic which was not very secure or confidence-inspiring. Fr. Hogan tells us he prayed rigorously that it would not rain and claims his prayers were answered and is therefore taking credit for performing his first miracle.”  Excerpt  from  Silver Anniversary Holy Cross Parish 1959-1984

“Father buried my dad. He was able to convey a spirituality and self worth as to the meaning of my    father’s life that has stayed with our family since 1980. God Bless Him.”

“At his 100th birthday celebration a sharpness of wit that belied his age carried the day. His quickness of thought, Irish gentleness and ability to convey his love for others shone through on a day meant to honor him.”

Fr. Michael Hogan’s funeral can be found at https://www.youtube.com/watch?v=HbvKKqmRg9I&feature=youtu.be

Here is a link to a short video produced during the Year For Priests interviewing  Fr. Hogan on how he came to the Archdiocese of Regina. https://www.youtube.com/watch?v=e5doYKDxC_Y ​